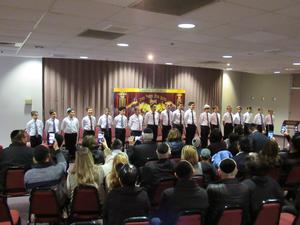 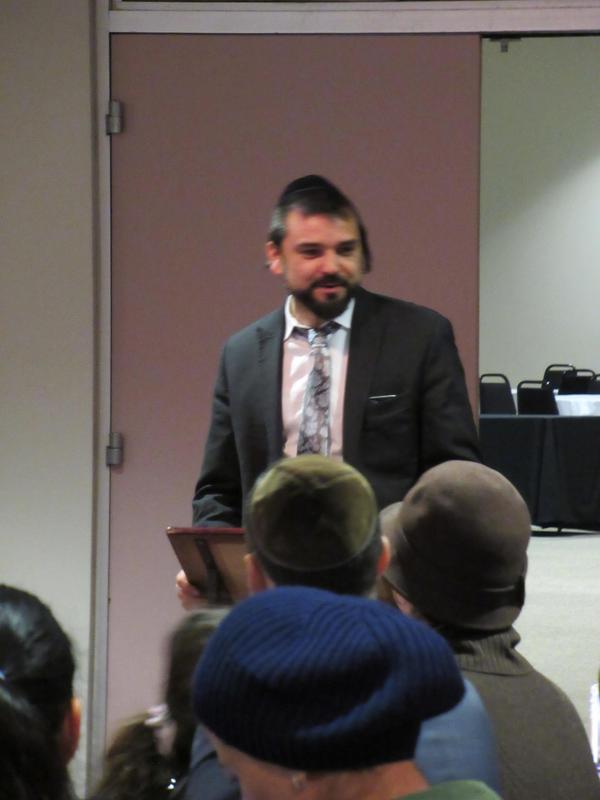 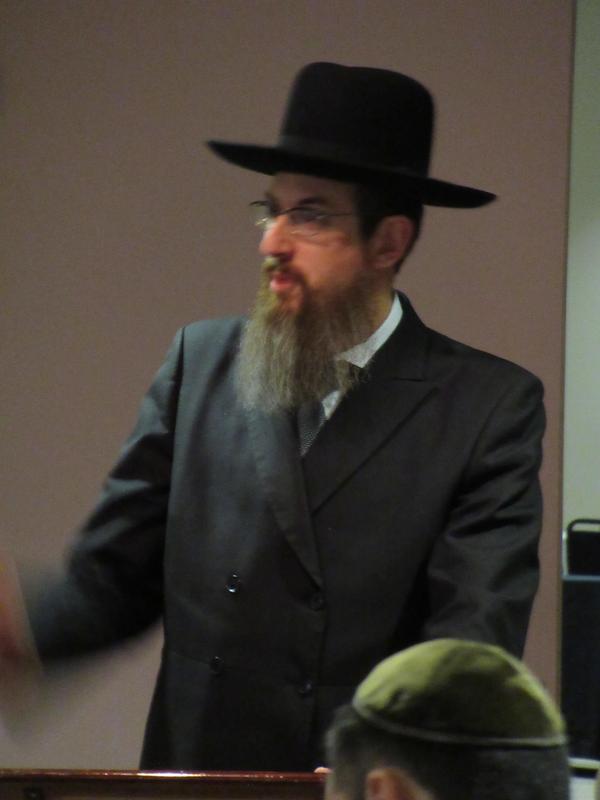 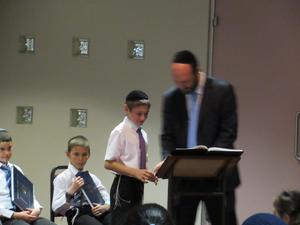 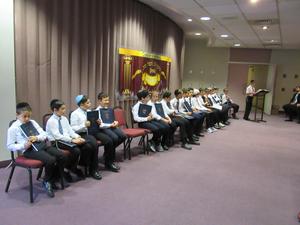 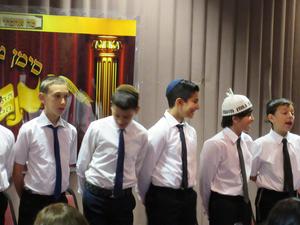 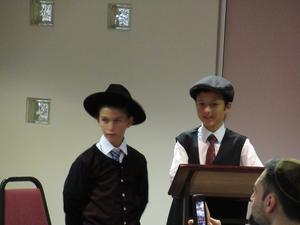 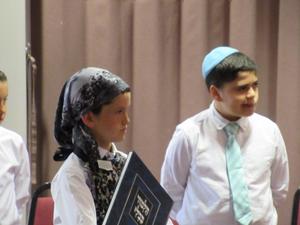 The fifth-grade boys received their first gemaras and put on a truly spectacular performance to celebrate this milestone.

The fifth-grade boys received their first gemaras and put on a truly spectacular performance to celebrate this milestone. They were honored by Rabbi Yechiel Biberfeld, Rosh Kollel of the Philadelphia Kollel, who presented the gemaras to the boys. The class sang several songs, including one about a boy named Laibele and his parents’ mesiras nefesh to purchase his first gemara. Then, Rabbi Biberfeld spoke about the good fortune we have to study Gemara, and one of our esteemed fifth graders read the first mishna. The program concluded with one more song, followed by refreshments. Parents and friends alike were moved by the boys’ sincerity and excitement as they embrace this next stage in their education. May Hashem bless them with continued growth and lives full of the thrill and satisfaction that learning Torah begets.