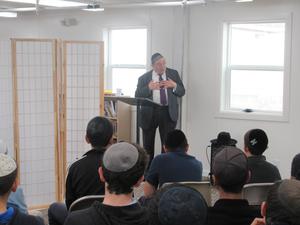 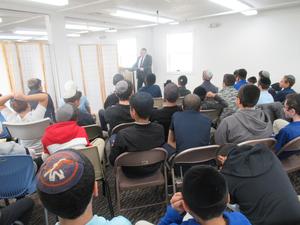 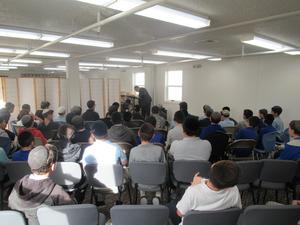 We were fortunate to have Rabbi Paysach Krohn visit our community and speak at TDSP to our students!
It’s not every day that a prolific author and orator visits Torah Day School. On Friday, Rabbi Paysach Krohn came to TDSP and addressed the 5th grade and Middle School Students. He began his talk with the famous words of Dovid HaMelech, “Olam Chesed Yibaneh” (Artscroll translation- “Forever will Your Kindness be built”), teaching us about the everlasting effects resulting from acts of kindness.
Rabbi Krohn related the difficulty he endured when his father passed away. The Rabbi was only twenty-one years old, and the oldest of seven. Suddenly, he shouldered the responsibility of providing for his mother and siblings. One day, a man from his synagogue handed him money, but Rabbi Krohn refused to accept handouts. The gentleman told him that it was a loan with no deadline to payback.
Rabbi Krohn took the money and a few years later, he returned to pay the debt. The man would not accept the money. He explained that he had lost his fortune in a business deal years before, and someone gave him the same loan. When he came back to pay, the gentleman refused to accept the money and told the man to give it to someone else who could use the money. The man now told Rabbi Krohn the same message and the Rabbi did just that!
One small kindness develops a life of its own. Rabbi Krohn illustrated to the students different ways to identify opportunities for Chesed throughout the day.