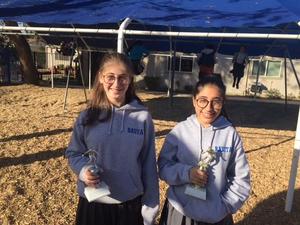 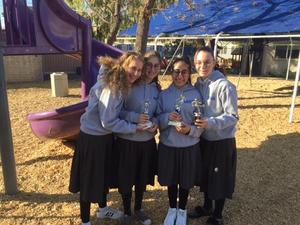 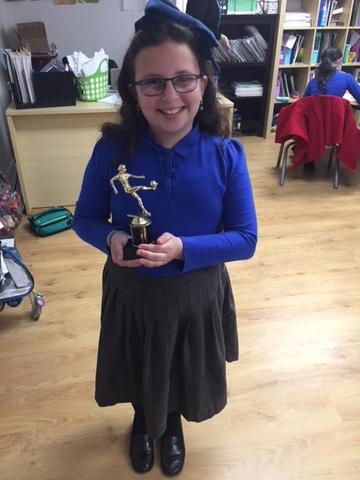 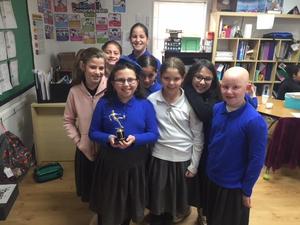 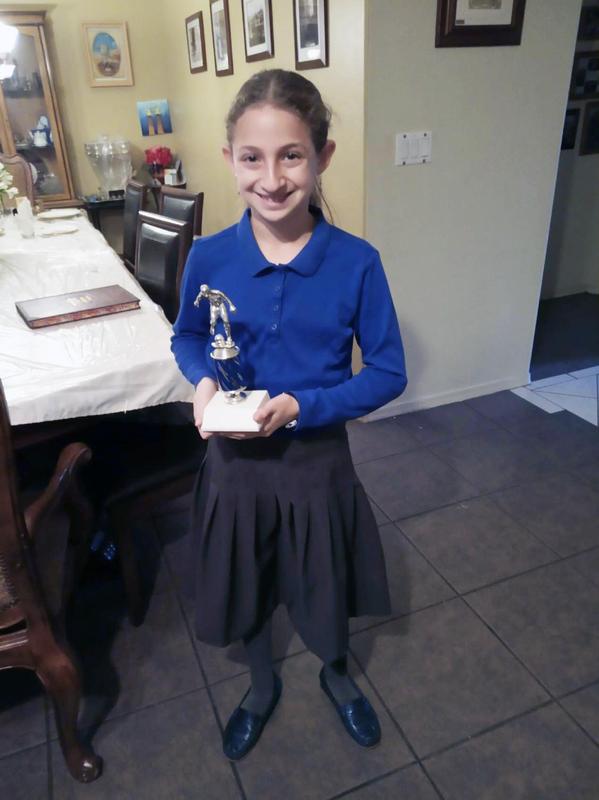 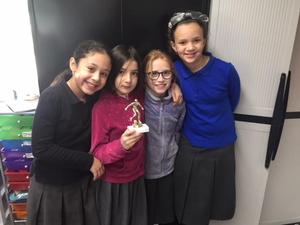 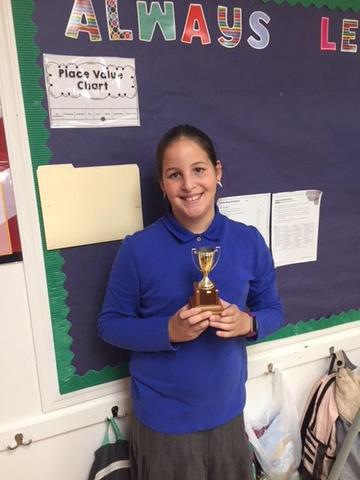 Our girls' soccer team, the Lady Tigers, is trying hard and playing well! Click the title for more details and pictures.
Lady Tigers soccer season is in full swing for the newly formed 5th/6th team and in its second season for the 7th/8th team. Last Wednesday, both teams traveled to Pardes to play against the Lady Panthers.  The 5th/6th game was extremely exciting, exhibiting breakaways, cross passes, and excellent defense by both teams. All players had a turn to play on a full-size field.
The Hustle awards, given to players who demonstrate athleticism, intensity, and sportsmanship, were awarded to offensive striker, Ester Tsitsiashvili, who scored twice, and defensive player/goalie, Emunah Leviyev.
The 7th/8th team played a more defensive game. The Lady Panthers players proved to be a formidable opponent; some were even bigger than Coach Barbara! One highlight was when Meira Simon stepped up to play goalie for the 7th/8th team, filling in for Jessica Urich, who needed sit out due to injury. Meira made a record nine saves and was recognized as the RockStar Rookie of the game.
Leah Goldstein was involved in every intense competition for the ball and received the Hustle defensive award. Leah Landesman was our offensive Hustle player, rushing to take control of the ball at every opportunity.
All of our players appreciate the great effort it took to compete in these games, and even received a well-deserved compliment from their opponents’ coach, who commented on how well they played and the noticeable improvement she saw since last year.
Congratulations to both teams on their sportsmanship, teamwork, and sense of fun!