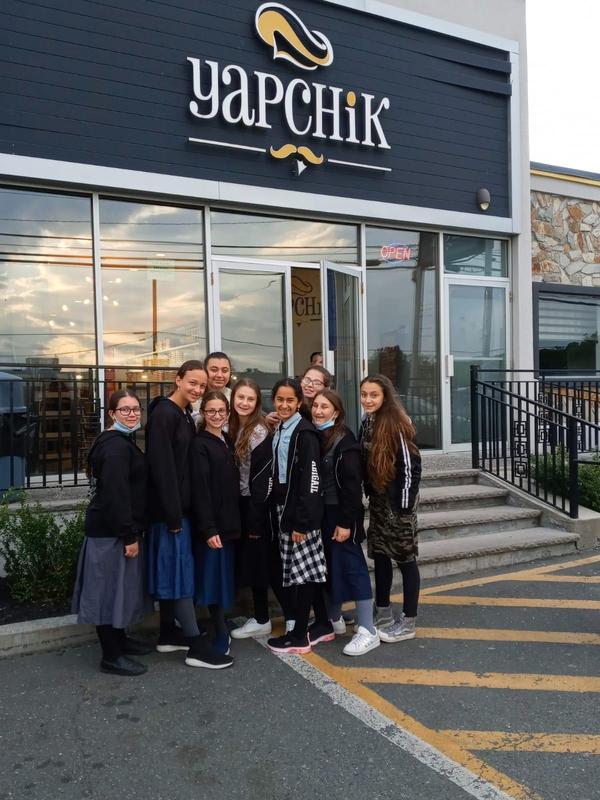 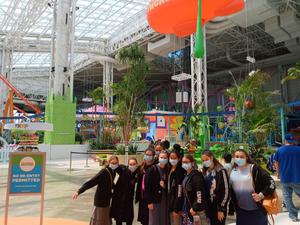 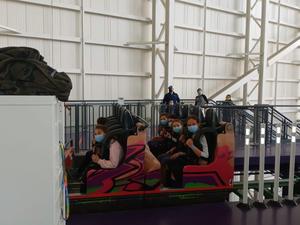 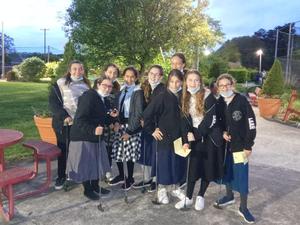 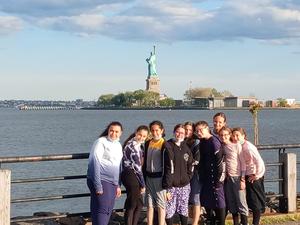 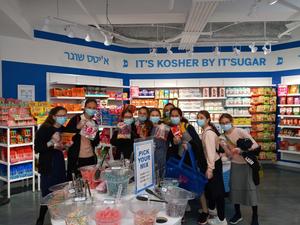 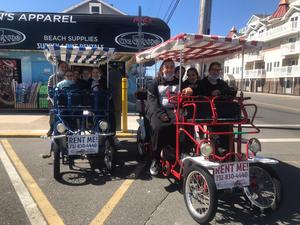 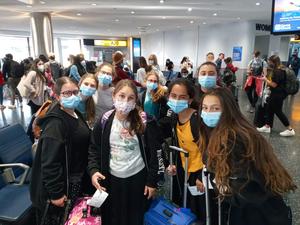 The 8th grade girls travelled to NJ this week for a trip that combined community service, sight-seeing, games, and amusement park fun. They raised the money for the trip from a combination of tehillim-a-thon and selling succos decorations, chanu- kah items and tu-b’shvat fruit platters,  and a Zoyo fundraiser.

On their first day, after travelling over-night on a red-eye flight, the girls went to Bikur Cholim of Lakewood. Bikur Cholim provides housing for people who have loved ones in a hospital, and they also provide kosher meals for sick people in local NJ hospitals. The girls put on their gloves and aprons and got to work, peeling 96 pounds of carrots, and preparing 300 containers of ranch dressing!

The next day the girls went to Target for a Scavenger Hunt. They were divid- ed into groups of three, and given $10, and a list of 15 things that they needed to purchase, all somehow related to TDSP. “Tuna Tuesday was on the list, Mr. Seay, Mr Seigel, Graduation, Kiwi Kids- these were all things from ran- dom class jokes,” said Morah Nechama Ungar, who accompanied the girls on the trip along with Morah Sora Brum- er.  The girls got creative in their purchases. One group bought a can of Chicken of the Sea Tuna- which they said was for Tuna Tuesday, Mr SEAy, Mr. SEAgel, and Kiwi Kids, which gives out tuna!

The girls visited the Hatzolah of Lakewood, the local emergency paramedic service, and got a tour of the dispatching office from Rabbi Meir Tesser, first cousin of TDSP 1st grade rebbe, Rabbi Yaakov Tesser. The girls watched a call come in and saw how it was dispatched to the one of 130 Hatzolah members. The average response time for Hatzolah calls there is two minutes.

They also went to American Dream Mall, where they rode rollercoasters at the Nickelodeon Universe Theme Park, bought candy from the three-story-high Its Sugar Candy Store, and ate kosher Cinnabons. They went boating in a foot propelled pontoon, made it through an escape room with only five seconds to spare, went mini-golfing, biked on the beach, ate all the best res- taurants in Lakewood, and visited Lib- erty State Park.

Each of the girls had their own favorite part of the trip. For Sarah Weintraub, it was eating in good restaurants. For Malka Ungar, it was the rollercoasters and the boat ride. For Odella Kakazanova, it was staying up late in the matching tie-die, monogrammed pajamas that TDSP gave the girls as a gift, and for Chana Raizel Muroff, it was hanging out with her friends and joking around with them.  Said Abigail Alishayeva, “We made so many fun memories and we’ll remember them forever!”