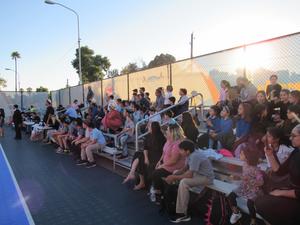 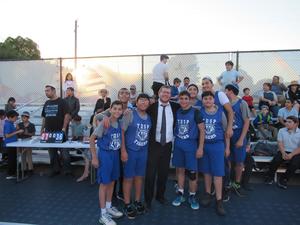 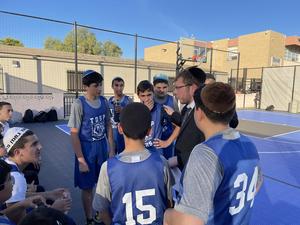 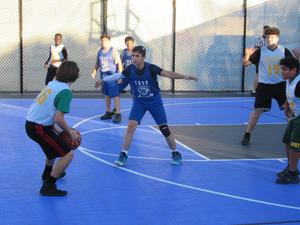 Our 7th & 8th Grade Boys basketball season started off with a big win!

The first game in the 2021-2022 basketball season for the TDSP Tigers began with a smashing winning streak.  Playing against the MHT Tigers, our 7/8th grade team made a massive win with 39 to 7 points! This game started the season off strong on the right foot. The Tiger’s defense and offense were unshakeable as they scored many shots, stole the ball, and blocked offense attempts well.

After-school program coordinator Mrs. O’Brien recounted that she was excited that “the boys did [played] so well because they had been working so hard for...a month and a half to prepare for the game day.” Ultimately, all their hard work did pay off. Not only did the TDSP Tigers excel in strategy, but the sportsmanship and teamwork shone through and largely contributed to their exceptional win. Their coach, Rabbi Baruch Zachter attests to their smooth cooperation, saying that they worked hard... and supported each other.

Representing the name of a frum, Jewish school is a huge responsibility.  Rabbi Muroff reminded the boys of the importance of making a Kiddush Hashem saying that they would be the ones “setting a good example of how frum schools act.” Of course, the TDSP Tigers did just that. Throughout the game, the 7th and 8th Grade Boys acted in a refined, respectful manner that set an example for even the other team. Not only did they show exemplary teamwork, but they also respected the other team.  “Even though we were clearly outplaying them,” Rabbi Muroff says, “everyone was being very respectful.”

Besides behavior that set the teams apart, the kippahs that the boys wore and their refined speech also stood out. All the same, they acted with pride and respect for each other.  Thanks to the strong, overwhelming TDSP support, Mrs. O’Brien recounts that she “was excited to see the stands full!” From the side of our fans, the game was very exciting and fun to watch. Coach Neiman, the girls’ P.E. teacher, notes, “[the game was] fun, entertaining to watch, and I didn’t want to leave. It looked like less competition, but the boys still had fun.”  Some of the highlights TDSP players experienced included Aviel Abaev blocking the offensive line well that he was able to hit the ball hard out from the other team’s pass into out of bounds, Josh Abramov scoring two 3-point shots in a row, and Aharon Tsits stealing the ball.

This big win looks like the TDSP Tigers are ready for a winning season: “We are set up for a good season,” Aviel Abaev observed. “[With more games] the boys will get more and more experience and get stronger throughout the season,” explains Mrs. O’Brien. “I am really excited for the entire season ahead of us...I think it will be a really good season” Rabbi Zachter confirms. Thank you for your support TDSP, we are all looking forward to a great, successful Tiger’s season!