Please read this BEFORE you do your taxes! 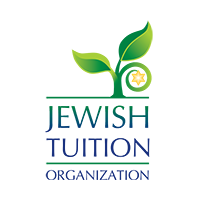 Don't forget to donate to the JTO and support Jewish education in Arizona!

As many of you know, the nation’s tax season opens this Monday, January 24th. That is when the IRS will begin processing 2021 tax returns. But this year, when you sit down with your accountant, and he tells you that owe money to the state of Arizona, we are asking you for a favor.

That’s right- we do not want you to pay your Arizona state taxes to Arizona. Instead, we are asking all parents to take that money, and donate it to the Jewish Tuition Organization (JTO) instead, at www.JTOPhoenix.org. You will receive a dollar-for-dollar tax credit, meaning that you will no longer owe that money to Arizona.

The JTO will use the money to give scholarships to children at Jewish day schools. Wouldn’t you prefer that? Isn’t it better to have your tax dollars go to support Torah education instead of being lost in a black hole at the state? Unlike a tax deduction, which reduces the amount of money you owe taxes on, a tax credit reduces the amount of money you have to PAY in taxes.

It might sound complicated, but it’s actually pretty simple. If you give money to the JTO, you don’t owe that money anymore to the State of Arizona. You can also donate the money directly from your paycheck, instead of having Arizona taxes taken out.

At TDSP, 60% of our staff members- rebbeim, morahs, general studies teachers, preschool teachers, assistants, administrators, maintenance workers- choose to donate to the JTO in this way. Instead of paying 1.8% or 3.6% in Arizona taxes, they have reduced their Arizona withholdings to 0%, and elected to send that same initial percentage to the JTO.

So please take a look at your paycheck. If there are Arizona taxes taken out, you can send those same taxes to the JTO. It won’t make a difference to your paycheck, but you will get to support Torah education. And when your accountant tells you to write a check to Arizona, write it to the JTO instead.

TDSP administrator Rabbi Noach Muroff, who donates to the JTO every year, sums it up this way: ‘If you are going to be paying taxes any-way- why not apply your tax money to a worthy cause like Jewish education?”