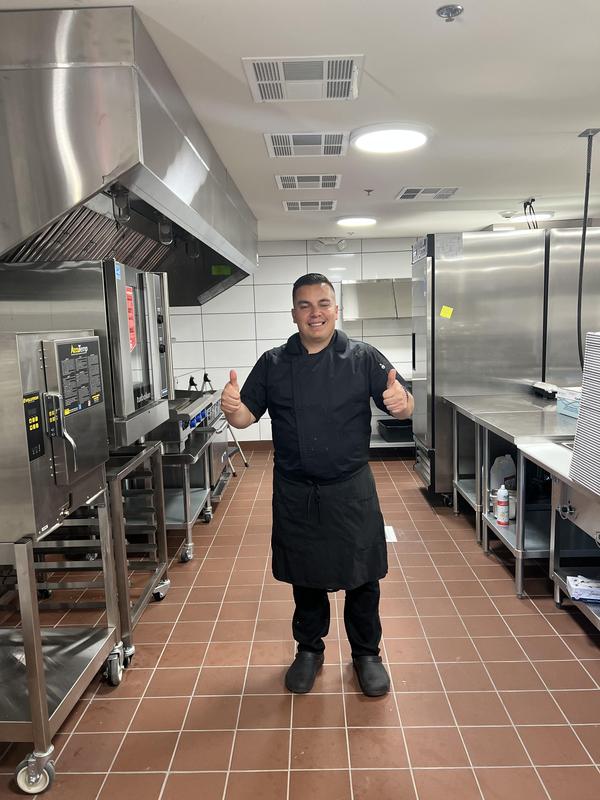 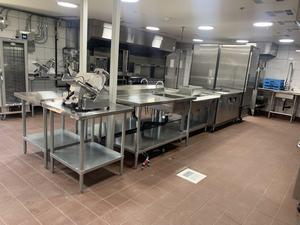 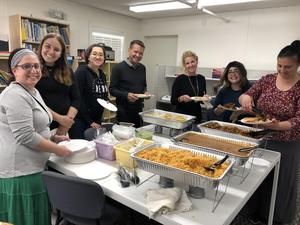 It was a four-year long process, but at long last we can say… The TDSP Kitchen is ready!

Work on the kitchen started back in 2018, when TDSP won a grant of $100,000 for kitchen equipment from the Arizona Department of Education. We were thrilled – but then we realized we had nowhere to put the equipment, because we had no kitchen.

Architect Steve Sam of Pasternack and Associates began drawing up plans for a kitchen in the old modular in the middle of the campus, which at that time had been divided into 4 tiny classrooms for middle school girls.

It turns out that commercial kitchens need lots of plans. There were plumbing plans, electrical plans, construction plans, sewer plans, civil plans, mechanical plans, and equipment plans, to name a few. It seemed that every time we turned around, there was another engineer that we had to engage to give us more plans.

The planning process- just getting all those drawings- took over a year. Once the plans were approved by two municipal bodies, City of Phoenix and Maricopa County, and we finally got the building permits- Covid hit!

The silver lining in that was that for some of the construction, campus was empty, making it easier for the contractor.  Construction was meant to take two months. Of course, delays, issues, revamps, and supply chain problems made two months turn into … two years.

But finally, on February 15, 2022, we received the Certificate of Occupancy. Soon after, Rabbi Field hired Chef Luis Aguilar to be in charge of the kitchen. Chef Luis previously worked in Kitchen 18 and is a skilled chef and manager.

Although we have not started serving lunches to students yet, Chef Luis has been busy purchasing pots, pans, trays, serving pieces and various other kitchen items. All those items then need to be toivelled, marked as meat or dairy, and stored in an organized fashion. Chef Luis catered the TDSP Purim party, and he has been making meals for staff members, much to their enjoyment.

He is also working on a set of delicious menus for the students. Unlike the current lunch menu, we plan to serve meat meals 2 or 3 days a week, and hot break fasts a couple of days a week. Meals will continue to be served in the classrooms, since we do not have a lunchroom. We will send out menus as soon as they are finalized, and IYH will begin serving students after Pesach. B’tayavon!

TDSP thanks the extended Loeb family for their generous support of the TDSP Kitchen. The TDSP kitchen is being dedicated in memory of Ruchama Bas Naftali, by those who love her and miss her. Stayed tuned for info on our grand opening!