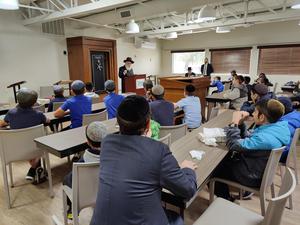 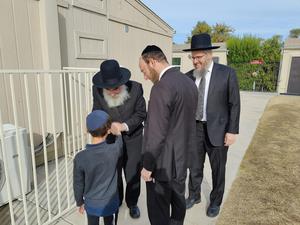 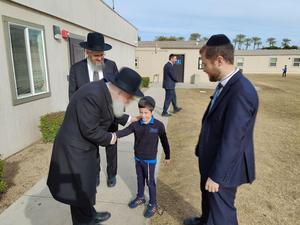 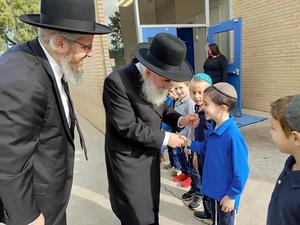 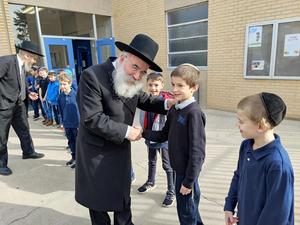 Rav Perlow, who is the Rosh Yeshiva of the Novominsker Yeshiva, was in Arizona as a guest of Ahavas Torah in Scottsdale. He stayed at the home of TDSP Vice Principal, Rabbi Noach Muroff.

The Rebbe explained to the Middle School boys that Yaakov Avinu sent Yehuda ahead to Mitzrayim so he could set up a Yeshiva there. This is the way Klal Yisroel operates, the Rebbe said, by first establishing a Yeshiva. A Yeshiva teaches more than just the knowledge of Torah. It is where we learn to think, act, and live as Yidden, Jews.

After the speech the Rebbe shook hands and gave brachos to many of our Middle School boys. It was an honor to host Rav Perlow at TDSP, and we hope he comes back to visit again.